Evolution of the Autism Diagnosis, Part 1

How the definition of autism changed over time

The coupon code you entered is expired or invalid, but the course is still available! 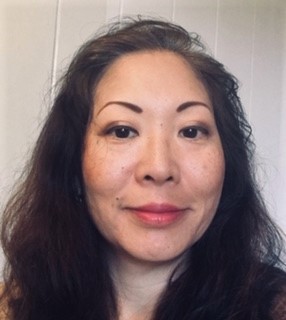 Dr. Kalma Wong holds a doctorate in Sociology from the University of Hawaii at Manoa. She is the mother of two children on the autism spectrum. Due to her children’s diagnoses, she has been involved in the world of autism for nearly 18 years as a parent, an advocate, a government employee, a volunteer, and a researcher.

She has fought to improve the health and education of children with autism by testifying before the Hawaii Board of Education and the Hawaii State Legislature on behalf of her children and other children with autism and special needs. She has been instrumental in the introduction of legislative bills affecting children on the spectrum, most notably the first Hawaii legislative bill to mandate health insurance coverage for autism spectrum disorders in 2008, known as “Dylan’s Law” after her son. This bill paved the way for the eventual passage of Hawaii’s autism insurance law in 2015.

In addition, she has raised awareness for autism spectrum disorders by starting the first autism walk in Hawaii in 2004. She was the founding chair and chief organizer of the autism walk in Honolulu for five years, raising more than a quarter of a million dollars for Cure Autism Now and Autism Speaks.She also served as the Hawaii Chapter President of Cure Autism Now Foundation and as the Family Liaison and Advocacy Chair in Hawaii for Autism Speaks. In 2006, she was honored by Honolulu Mayor Mufi Hannemann for her contributions in the community.

She has also tirelessly helped many families as a Parent Mentor with Talk About Curing Autism (TACA), a national parent support group for families of children with autism; as a Resource Coordinator at the Developmental Division of the Hawaii Department of Health; and as a community contact for autism and disabilities in Hawaii. She also served as the Vice President for the Beautiful Son Foundation, now called the Hawaii Autism Foundation, for two years from its inception. Currently, she is the Research and Development Consultant for the Aloha Autism Development Foundation in Bangladesh.

Evolution of the Autism Diagnosis, Part 1
Available in days
days after you enroll

When does the course start and finish?
The course starts now and never ends! It is a completely self-paced online course - you decide when you start and when you finish.
How long do I have access to the course?
How does lifetime access sound? After enrolling, you have unlimited access to this course for as long as you like - across any and all devices you own.
What if I am unhappy with the course?
We would never want you to be unhappy! If you are unsatisfied with your purchase, contact us in the first 30 days and we will give you a full refund.
off original price!

The coupon code you entered is expired or invalid, but the course is still available!